As per the Nancy Pelosi Modus Operandi for gigantic bills being passed in the House of Representatives, the 2020 “COVID RELIEF STIMULUS” or whatever it’s real name is, was passed in a quick hurry right before the Christmas holiday. Given the track record involved, it is assumed by many that it had to be passed before the people voting on the darn thing could actually read what was in it.

The bill itself is over 5,500 pages long, and as the monstrosity was being shepherded through the Capitol building at breakneck speed, We the People out on the fruited plain actually read what we are/were being saddled with this time.

It did not take long for the inhabitants of Twitter and other social media platforms to pick out some of the pork stuffed into this fatty sausage of a “stimulus” bill that supposedly is meant to help the American people get back on their feet financially after a year of lockdowns which has forced roughly a third of small business to close permanently.

And just exactly what was in that bill?

Bill will pointlessly raise the price of air conditioning and shovel $35 billion in taxpayer subsidies at wind/solar fraudsters. 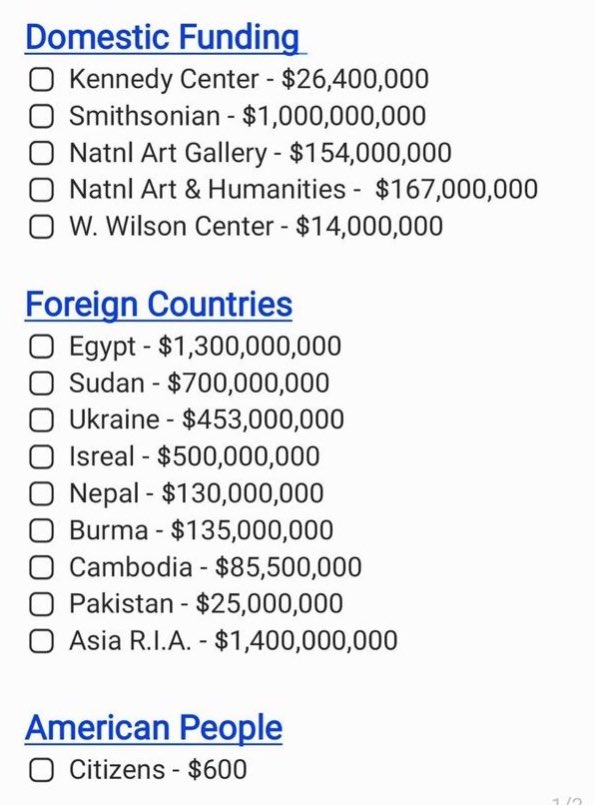 The lists above the American people total to over $6 Billion of the $2.3 Trillion dollar package, where We the People who are footing the bill get $600 a person which may or may not cover the past due credit card balance racked up because Americans had to find a way to eat. And that’s just a portion of the bombshells.

Also in this bill is a $30,000 fine for all citizens caught sharing copyrighted material on social media.

So is a list of places where the wall on the southern border will not be built.

In addition, HB1 visas will be extended.

All this in a “stimulus” package meant to “help” the American people who are essentially starving due to the draconian government ruling response to a virus with a 99% survival rate.

One thing Nancy Pelosi and her mob didn’t count on with this particular Porkulus offering: thanks to those draconian restrictions and lockdowns, the American people have plenty of time to explore what is in this bill.

And we’re not happy about it. Senator Rand Paul of Kentucky said it on Monday from the well of the Senate.

Senator Paul was one of six senators to vote against this monstrosity of a spending bill.

With all luck, President Trump will not just veto this bill but toss it on a bonfire on national television for the swamp to see just what We the People think of what they think of us.

Please make sure to share our website and articles with your friends, family, and fellow patriots to help us spread the truth!